Piano Planet is the incentive program for the 2016-2017 school year. Students will blast off into an exciting year of lessons by completing a variety of musical missions. Students who successfully complete the program receive awards at the end-of-the-year recital. 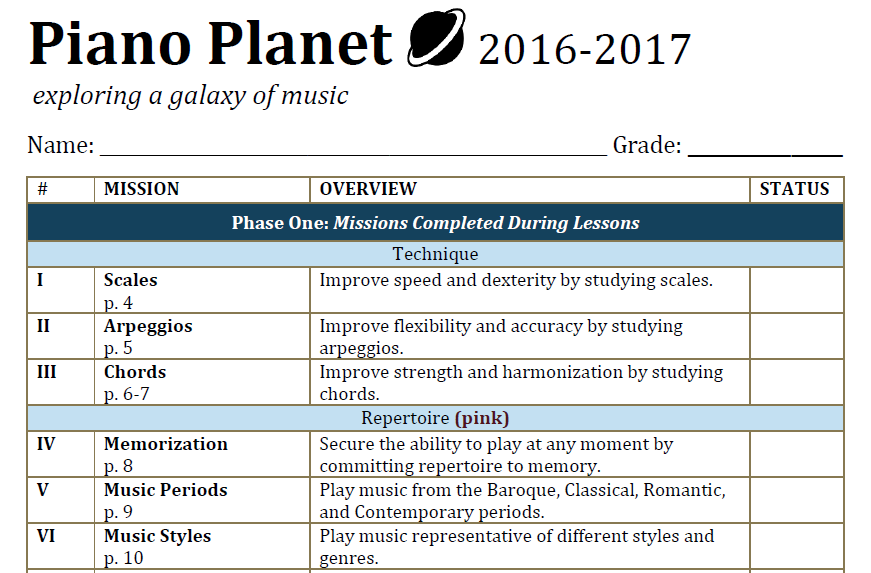 Incentive Programs from Other Years